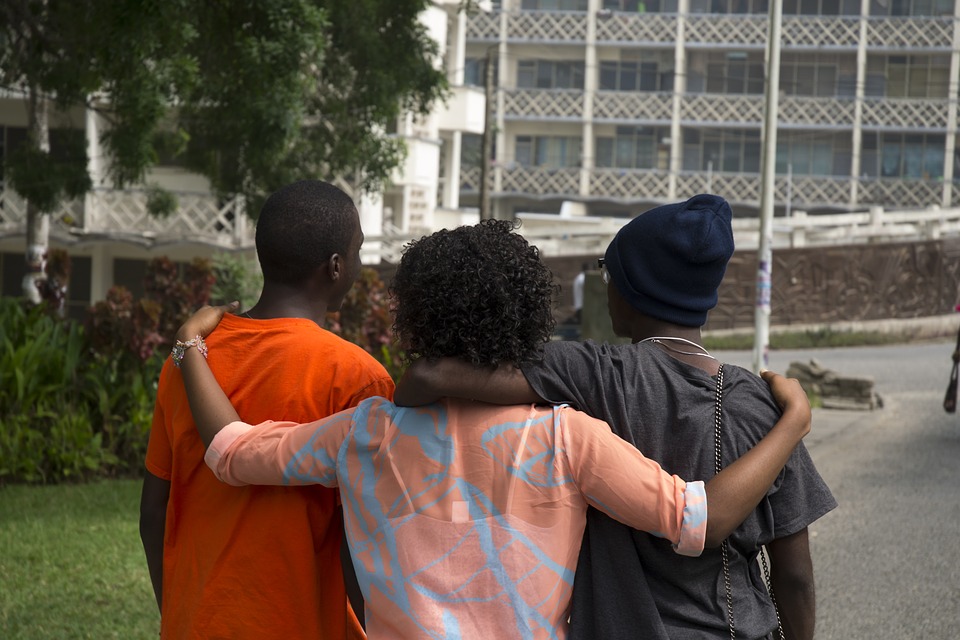 There was a lady called Lucy who had who two sons, John was 18 years old and a little bit lazy while Mike was 15 years old and had started drinking, taking drugs and stealing little things in shops. Lucy said John was a little slow in his thinking and just needed a little help from mummy. I chose to differ and spoke to John. He said “My needs are small, I need food, cigarettes, drinks, a place to sleep and clothes. My mum takes care of the clothes, food and board. My girlfriend covers the drinks and cigarettes, why should I work.” I spoke to John emphasizing that mummy may not always be around and as a man he needed to do something because allowing the girl to pay gave her control over him and, what happens when the girl has enough of a deadbeat boyfriend?. He agreed to do a kind of internship where he got paid as he learnt. Turns out he was not slow at all, between mum and the girl, they took care of his needs.

The younger boy Mike was a little more challenging, his mum bought him a new phone every month because he could not or would not take care of his phones and why should he? Mummy was on standby to buy the next latest gadget but! To reach him, she had to call his friends because he did not answer calls from mum and only called her when he got in trouble. Then troubles with the law begun. This was not a onetime deal. In a drunken state, he hit someone with a bottle and this person ended up in hospital. While the guy was in hospital and case was in court, his mum bailed him out and he did it again. When we got to court, I discovered he had hit someone else in full confidence that his mum would take care of it. I spoke to his mum and said “Let him learn his lesson. They will send him to prison for two months. Do not send money or visit him, let him know there are consequences to his behavior. She accused me of not caring because I did not have a kid at that time. So she gave him money, visited and did all the things that we do for love. She paid a lawyer and Mike was released a short time later and ordered to pay a fine or go to prison. His mum gave him the money to pay the fine. He took the money and spent it on a ticket to watch a famous Superstar rapper. Now why did he do that? According to his mum “He is a kid and does not know what he is doing, he needs a little more love and guidance” So she took more money and went to pay the fine with him. “According to me, Mike had no intention of going to prison because of the fine. He knew that even if he spends the money, mum will give him more because she will not let her little boy go to prison.”

Mike had learnt his lesson and had learnt it well. Mum could and would fix everything. Mum took responsibility for all his actions. His mother thought she was saving him, I think she ruined him. Today Mike 26, he is an alcoholic junkie who spends more time in prison than out.

Abdul’s case was different. When he was 17 years old, he took his father’s car without a license or permission and got arrested for speeding. When he got to jail, he called his dad. Dad told him “I am sure that when you took the car, you had plan on how to fix any problem, so do it and get out of jail. Just like you took the car without me, fix this without me. His dad let him sit in jail for three days before he bailed him out. Needless to say, Abdul never did that again. He is now a doctor. He learnt that dad might not fix everything and that there were consequences to his actions.

Robert the last born in his family and now the now the only son, also learnt that mum would move heaven and earth to fix all his problems. While he did not tangle too much with the law, he learnt that mum provides food, clothes, money and that so useful telephone. Even his sister paid for his wedding. When one government almost deported him for something silly he could have avoided, another sister paid for his lawyer. Robert is a very talented young man. I would go so far as to say, he is gifted. He composes music and is also brilliant with lyrics not to mention that he can sing too, and rap. I remember a song he wrote for his daughter called ‘You And Me Against The World’. A brilliant song that touched my heart. BUT!!!! Robert is a drunk who never really tried to stop drinking. This young man lives in a land of opportunity where alcoholism is an accepted illness. They offer treatment for free but Robert is not interested. His needs are taken care of and the music he makes occasionally is rotting in some keyboard in his sister’s flat. Robert now has a 15 year old daughter. He is 38 years old. Between his mother and his wife, all his needs are taken care of. His mum gives him money, buys some of his food, buys all his clothes including his underwear, buys his phones and pays his phone bills while his wife takes care of the rest. He has not worked at all in any capacity since when was 18. He drinks everyday but not enough to for a knockout, he cannot afford it.  I spoke to his mum and said that sometimes you need to hit rock bottom in order to get back up. Truth is, blinded by too much love, her son can do no wrong. And as for Robert, why should he try to change his life?

Now I know that sometimes we want to solve all our children’s problems, but how will they learn to do it without us. I recently heard something in a movie.

A MAN WHO HAS NOT PREPARED THEIR CHILD FOR THEIR OWN DEATH HAS NOT DONE THEIR JOB.  Sonisays’ we must prepare our child to be without us because fate willing, we will go before them. What will happen to them if we die? Of course we should help our children but we have to draw the line somewhere. Sometimes when they fall we have to let them pick themselves up so they can learn how to do it. When babies are learning to walk, they fall quite often. But! we let them keep trying until they learn to stand and walk. If our solution was to carry them so they never fall and get hurt, then they would never learn to stand or walk.

We must do more to keep our children from being the prisoners of tomorrow.

Our children must learn from their mistakes. Once may be a mistake and we should help. But three times is a habit. Maybe I speak too soon because my daughter is young but only time will tell. I hope when that time comes, I will not be blinded by too much love which so often destroys that what it wants to save.